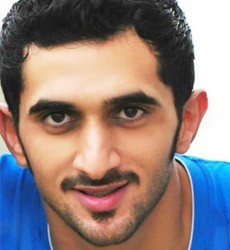 Sheikh Rashid Al Maktoum is a professional horseback rider and a pro in equestrian endurance races; he won the gold medal in the Asian Games Fest 2006. He is often competes with Bahrain's Sheikh Nasser Bin Hamad Al Khalifa. He also won the gold medal for the European Open Championship in 1999, among many other titles.