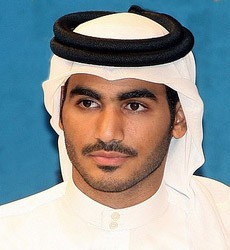 Mohamed Bin Hamad Al-Thani was the Chairman of the 2022 Qatar FIFA World Cup bid committee (Qatar will be hosting the 2022 soccer World Cup).