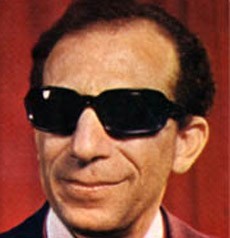 Mekawi was born in Cairo Sayeda Zeinab district of Al-Nasriya on May 8, 1927. Sayed Mekawi, became popular in Egypt and the Arab world; his music has become part of Arab heritage. The great Egyptian composer and singer Sayed Mekawi died on April 21, 1997, aged 70.

Throughout his life, he remained undaunted by modern innovations and the attempts of rivals to produce another type of music.

When his father died, Mekawi cried for days. Later, the pain eased, but the tears kept flowing. Doctors were powerless either to diagnose his condition or to stop the tears. One day, however, he could no longer see. This affliction did not prevent him from learning the Qur'an or becoming an Azharite scholar.

Having been trained in the art of reciting the Quran, Mekawi's voice could soar, gruff but strong, to thrill his listeners. He sang solo using his lute at numerous concerts, though this is not what brought him fame, or confirmed his status as one of the most gifted and popular composers of oriental music.

Help us improve this page:   Correct or update the Sayed Makawi page