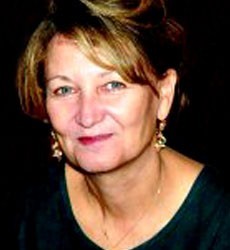 Sana Ben Achour is known for her struggle to achieve gender equality in Tunisia, as well as confront religious extremism in the region. She is a prominent Associate Lecturer in Public Law, Faculty of Law and Social Policy in Tunis.

Benachour holds a Masters degree in Urban Planning (1980 - Institute of Regional Planning, Aix-en-Provence). She is an Associate Doctor in State Law (1986, Faculty of Political and Social Science Legal. L'Ariana, Tunisia).

Sana Ben Achour has accumulated more than twenty years of experience in the field of legal education and scientific research in law. Her important academic career was confirmed in 1996, when she obtained a Ph.D. in Law with a thesis in legal history entitled "The Sources of Modern Law of Tunisia: Tunisian law in colonial times" and that same year, an Aggregation in Public Law.

Sana Ben Achour participates in the University through contributions to academic journals, conferences and research seminars and is part of scientific research unit (Research Unit of CERES 'representation of self and the other in the texts of colonial period). Her contributions cover four main areas: planning and the right of immovable cultural heritage, the history of law of Tunisia during the colonial period, the legal status of women in Islamic countries, the question of democracy and civil liberties in the Maghreb area, the Arab & Muslim World.

Engaged in the associative field for equality and citizenship, Sana Ben Achour has been active in the Tunisian Association of Democratic Women, the Association of University Women for Research and Development, and "Maghreb 95 Egalité".

She is the sister of Ben Achour and Yadh Rafaa Ben Achour. To note that although she taught as a Professor of Public Law at the Faculty of Juridical and Social Sciences of Tunis and the University of 7 November of Carthage, which included teachers of Law considered the intellectual elite defending Ben Ali, she was consulted by the Commission of Reform to express her suggestions for the development of the future constitution of Tunisia.

Help us improve this page:   Correct or update the Sana Ben Achour page