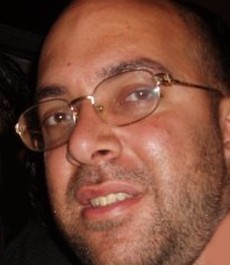 Salim El Turk is a Lebanese film and videoclip director. His career spans over many years and his name is associated with the list of Best Lebanese video clips Directors.

In the nineties, Salim El Turk name was attached with the video-clips of Aline Khalaf. He directed the clips for most of her songs such as: La-ly Leh, Azz Alaya, Hawilt Ansak, Dalaa Al Habayeb and others.

Few years later, he became more famous and started directing clips for Elissa and other known singers such as Hayfa Wehbeh, Carole Samaha and Aziz Abdo.

In 2003, He directed a clip for Carol Samaha which got nominated for the Golden Murex Award.

In 2010, Salim directed the videoclip of El-Nass Al Rayaa, a song by Rami Ayach & Ahmad Adaweya which received a Banadoura Dor award for the Worst Duo Song 2010.

In movies, Salim El Turk had an experience with a short film called 16/05.

Help us improve this page:   Correct or update the Salim El Turk page