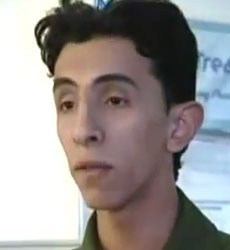 Abdel Razzak has created more than 10 civilian and military innovative inventions, some which were applied by German and Russian companies in the aviation industry.
He received $ 15 million for the application of one of his research study on air ambulances, and the Russians gave him a reward equivalent to 400 thousand riyals.

He developed a system for jet and aircraft fighter planes to take off and land in a similar manner to helicopters without the need for a runway.

Said Abdel Razzaq Al-Zahrani also received a medal from the Moscow Institute of Aviation for the development of Russian fighter.


He also received dozens of awards, certificates and medals in recognition of his research from the National Center for medical statistics in the United States, the British Red Cross, and the European Council for Transport Safety, in addition to the International Federation of Roads.