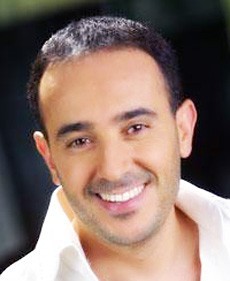 Saber Al Rubai is a famous Tunisian singer who was born on the 13th of March 1965.

Saber Al Roubai was raised in a family with an artistic side, he plays the Oud and the Violin very well.

Saber El Rubai has a unique voice, he sang the song Sarkha (Scream) for the famous composer Mohamed Al Majiri, a song which got a lot of attention in Tunisia.

Saber signed a contract with music giant Rotana which added more to his fame.

His song Aazz El Habayeb got his a lot of fame in the arab world.

Saber El Robai is married and has a son named Islam and a daughter named Safaa.

In the year 2001, Saber and Asala Nasri released a common album from the concert recording entitled Alli Ghara.

Help us improve this page:   Correct or update the Saber Al Rubai page