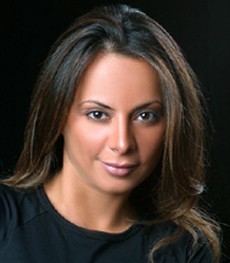 Ruba Hatem is a Palestinian multi-talented visual artist, movie-maker and a singer.

Hatem holds a BA degree in Fine Arts, She worked in the area of design and advertising in the Arab countries before she moved to UK to finish her M.A. in Movie making.

In the year 2005, Ruba Hatem released her first music video for the song Wahda Tania, the clip was produced by Alam El Phan.

In the year 2008, She produced and directed Bus Stop a short movie, which was her masters project in Kingston University, in London.

Help us improve this page:   Correct or update the Ruba Hatem page