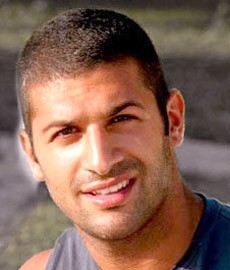 Rony Fahed was born on November the 6th 1981 in Zouk Mikael-Lebanon. He is a member of the Lebanese National Basketball Team and has participated in the 2006 and the 2010 FIBA World Championships.

Rony Fahed is also part of the Club Sagesse (Div A). He has previously played for The Tianjin Ronggang Golden Lions China as well as for many other local teams such as The Blue Stars, Jamhour and Kahraba Beirut.

Rony Fahed mostly plays in the point-guard position, and is considered a solid 3 points shooter.

Help us improve this page:   Correct or update the Rony Fahed page