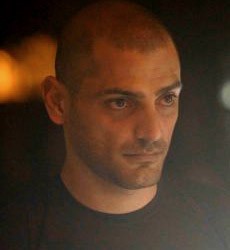 Rodney El Haddad is a Lebanese Actor, Director, Writer and an Acting Coach.

You can find more information about this personality under the actor profile of Rodney Haddad.

2010: Actor in the movie “Carlos” for Canal Plus by Olivier Assayas (official selection in Cannes Film Festival).

2009: Actor in the role of Judas in the film “Gibran” by Samir Habchi.

2007: Acting Coach for the movie “Baher Al Noujoum” (not credited).

2004: Writer of the Poetry Narration for the documentary “Min Rouh El Inab” for Ksarak.

2002: Scriptwriter for the film “Forget the Car” based on the novel “Insi AL Siyara” by Rachid Al Daiif.

2003: Actor in “Kama Ala Al-Ard Kazalika min Fawouk”, by Ghassan Rahbani, in Beirut.

2000: Actor in “Sacrifize”, in a workshop with Marco Balliany, Antonella, & Michelle Abondanza, that was performed in Italy, France, Egypt, Tirana, & Lebanon.

1999: Actor in “Faust”, in a workshop with Jairo Questa & James Koviak (Disciples of Jerzi Grotowsky), in Beirut.

1998:Actor in “Pelle D’Azinno” directed by Marco Balliany, in a workshop in Italy. (The play performed in Italy & Lebanon).

Awards:
Scriptwriter of “Where Do We Go Now” - Winner of the Francois Chalais Award, Cannes Festival

Other:
2007: Trainer & Director for youngsters with The Social Movement NGO.
2003: Acting Coach for “Silent Spectacle” in a workshop for youngsters.

Help us improve this page:   Correct or update the Rodney El Haddad page