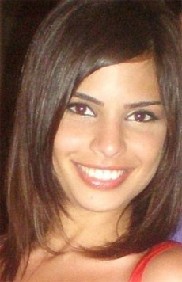 Rita Hayek is a Lebanese actress who was born on the 9th of October 1987.

Rita Hayek studied acting at the Institut National des Beaux Arts, INBA at the institute of the Lebanese University in Beirut.

In the year 2005, Rita Hayek appeared on television for the first time in the The Dream of March.

For the Sake of her Eyes is another television drama in which Rita Hayek took role.

Help us improve this page:   Correct or update the Rita Hayek page