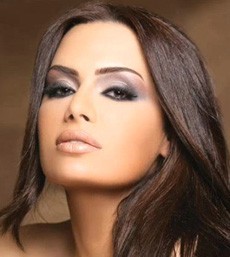 Rida Boutros also known as Reeda Boutros is famous Lebanese singer. Rida Boutros name was linked to her sister Nina Boutros as they both were known as Nina and Rida Boutros. They used to have a unique style in singing together and in harmony.

Nina and Rida boutros were famous in the early 90s, later on Nina got married and the group was broken, but Rida Boutros name came up again in the 2000s when she relaunched herself with a solo album and a new look. The album became a hit and Reeda Butros soon was back in the music scene.

Help us improve this page:   Correct or update the Rida Boutros page