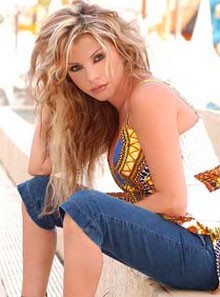 Razan Moghrabi is a well renowned Television Broadcaster and Program Presenter. Razan is best known for her MBC based entertainment program, Razmania, which talks about music artist news on a local and international level.

Razan first baby steps into the media were at Future Television where she hosted few entertainment programs along with Youmna Sherri and Michel Azzi who also started from Future TV.

Razan left Future TV and joined MBC to increase her viewers and fans and create her own Show, Razmania.

After Hayfa Wehbeh launched the trend of models turning into singers, Razan also worked on her debut album which was in the year 2006.

In 2011, the Razan Moughrabi Sex Video Scandal that broke loose on the internet led to her nervous breakdown.

Help us improve this page:   Correct or update the Razan Moghrabi page