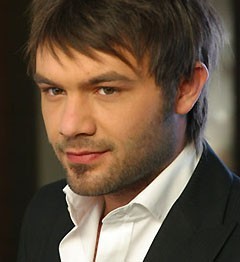 Rayan was born in Beirut, Lebanon. Rayan is a young talented artist rapidly making his way in the music scene. Best known for his hit song “Ahla Gharam”, this young, yet mature singer, is now expected to charm us with a new album following the success of his debut album “Hala Ghariba”.

His first step in the music scene was the release of “Hala Ghariba” Album, produced by Rotana, the most prestigious record company in the Middle East.

Rotana believed in Rayan’s unique vocal abilities. The expert was right and the album witnessed rapid notoriety and distribution which led Rotana to print a large quantity of the album several times to satisfy the increased market demand.

The song “Ahla Gharam” from the mentioned album, hit the Arab charts occupying the number one position in many countries. Rayan‘s popularity soon shot up, his voice and the kind of emotion he puts in every song gets the audience’s attention. The audience longs for the sincerity and the romance that Rayan offers. He has simply given back romantic music its glory.

Rayan's artistic inclination has not stopped him from continuing to pursue a degree in law; he believes that education and knowledge are essential for his evolution, which makes him not just a pretty face and voice but also a unique personality distinctive by its creativity and its love of knowledge.

Writer of “Ahla Gharam”’s lyrics, Rayan’s talent for poetry was welcomed by the audience which encouraged him to write more songs for his upcoming album.

Rayan signed a management contract with “Music Is My life” artist Management Company located in Beirut, to provide himself with the kind of professional vision and assistance which he will need for his growing career.

Rayan is a name people and professionals bet on, his first album proved them more than right… this young artist who approaches music with intensity, simply has what it takes to shine…

in 2010, Rayan suffered from a substance abuse addiction (similar to what George Wassouf had faced). He gained weight, dramatically aged 10 years and lost part of his vocal qualities!

Help us improve this page:   Correct or update the Rayan page