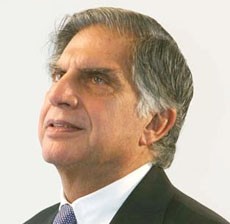 Ratan Naval Tata is a very rich businessman born in india on the 28th of December 1937. He was born into a wealthy and famous family in Mumbai.

Ratan Tata is the Chairman of the Tata Group, one of the largest companies in India, Tatagroup was founded by Jamsedji Tata and then grew bigger and better by the family generations.

In the month of December of the year 1962, Ratan Tata joined the Tata Group after he turned-down an opportunity with IBM.

He worked with Tata Steel in the beginning of his career, then later moved to better positions.

Ratan Tata is also the chairman of Indian Hotels Co which was badly hit by terrorist attacks which targeted his Taj Mahal Palace and Tower Hotel in Mumbai in November of 2008.

Help us improve this page:   Correct or update the Ratan Tata page