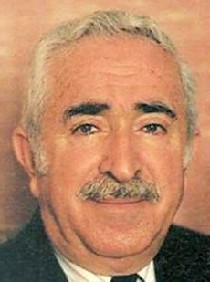 Rashid Karami also known as Rachid Karameh is a Lebanese statesman and a former Lebanese Prime Minister during eight times.

Rashid Karami was considered as a very influential and prominent Lebanese personality for more than thirty years.

He was a Prime Minister eight times covering the Lebanese civil war period and before.

Help us improve this page:   Correct or update the Rashid Karami page