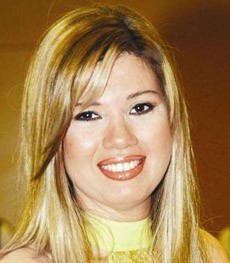 Rania Farid Shawky is an Egyptian actress and the daughter of Legendary actor Farid Shawki.

Rania Farid Shawki started her career in acting through the help of her father, who produced the film (Uh uh, sorbet) through which she established foothold on the ladder of stardom and then worked in theater, television and film.

Rania Farid Shawky got married to dance choreographer Atef Awad, the son of late artist Mohammed Awad. She gave birth to two daughters and then separated from him in 2007.

In 2007, Rania got engaged then married to Mustafa Fahmi, the couple got married for 2 years, then split in April of 2010.

Rania Shawqi took role in many movies including her first Oh, uh, Sharbat
- Antar timing
- Have proved to lesser
- Farewell to spinsterhood
- Les Yahrm
- A fugitive to jail
- Gambler
- Sixes

Her most important television series work:
- My aunt Safiya and the Monastery
- Breaking the impasse
- CCTV
- The other guy
- Attar and the seven girls
- Abbas White Black Day
- Brought up in attribution of
- New Street
- A knife-edge

Help us improve this page:   Correct or update the Rania Farid Shawky page