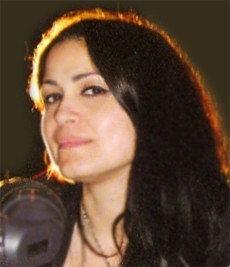 Rindala Kodeih is a Lebanese female director and actress.

Rindala Kodeih has mostly directed music video clips (such as the clip for the song Sana Oula Houb for female singer Mona Amarsha), though she was awarded by the Beirut festival of Cinema for her Movie "Al 3aricha" (The Vine).

Help us improve this page:   Correct or update the Rindala Kodeih page