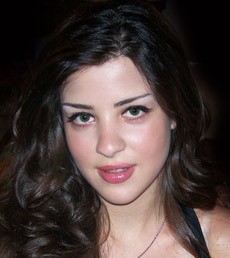 In June 2011, Rahaf Abdallah was reportedly caught cheating at a final exam in LAU! Refer to Miss Lebanon Cheating Scandal.

Below is a review of the crowning night of Rahaf.


Review of the Miss Lebanon Event:

This came as a bit of a shocker because we were 99% certain Jessica Kahawaty would win the title. She was breathtaking from start to finish and looked somewhat like an Indian goddess. She surprisingly reminded us of Miss USA Rima Fakih in that stunning white dress; Perfect walk and allure, and perfect Eastern Mediterranean features! Her answers were also very interesting and well formulated. Unfortunately she was 3rd runner up. Our other favorite was the very feminine Daniella bou Gharios which turned out to be 1st runner up. Nabila Awad was 2nd runner up, and Noor Mhanna 4th runner up. For the full list of winners see Miss Liban 2010 2011 Runner up winners.

Some of the girls had no business whatsoever being in such a competition, but managed to make it through the 10 semifinalists! Others were left behind early on, like Chantale Hayek. Nabila Awad was also a strong contender for the title, despite her slightly masculine jaw line. Jessica Wardeh and Nicol Saba were not bad either.

This is not the first time Miss Lebanon turns into a disputed charade, with the public's favorite losing the title. In 2006, Lamitta Franjieh who had the best qualities for the title also lost the crown. This also happened in 2005 with Anabella Hilal.

Back to Rahaf Abdallah:

Rahaf Abdallah's opinion on the Health Tourism and Plastic Surgery Industry in Lebanon?? Rahaf only accepts plastic surgery as a corrective measure after an accident. She however refuses aesthetic surgery and condemns those who change their god given features as she wants to still be able to recognize them. Naturally, Rahaf omitted Health Tourism from her answer. Perhaps she doesn't even know what it stands for?! She obviously ignores the impact of the Feel-Good Industry on our national economy! Seriously, what do they teach those kids at University? Rahaf is actually a Business Management and Economy student at LAU. You would think she would know such things. This settles it then, competing with Tunisia or Morocco for a larger market share is out!

-Poor Martine Andraos stuttered and stammered her way through those few seconds of un-improvised mechanical speech! Shou, no teleprompter?

-Will LBC give those dancers (reminiscent of Star Academy) a break? And enough with the 4 Seasons inspired sequences.

-Another disappointment this year was the one-piece bathing suits! Miss Lebanon has recently gone way too conservative, especially when you note the trend in similar international pageants like Miss USA or Miss France.

-There were also no choreographed dances featuring the candidates. Apparently the future queens were all too busy rehearsing for the final determining question which was: What to choose between knowledge, authority, and money.

- We can therefore no longer pardon their week answers! Having the test questions before the quiz not only makes u a cheater but should also be accompanied by an unforgiving correction. Except for Jessica Kahawaty who attempted to formulate a smart answer (with a slight slip), most of the candidates merely said knowledge because it gives power and with power comes money. The winner Rahaf Abdallah also managed to smuggle in an advertisement for the famous laundry detergent YES, tleteh bi wahad - 3 in one!!No kidding?!

-The cliche about inner beauty outweighing external beauty kept popping up the whole evening. Even Ragheb Alameh, who was busy the entire time waving to his fellow friends in the audience (while lip-singing) also mentioned that later in a short chat with the host Tarek. He also mentioned some other things but we were too hypnotized by the glitter (from the stage effects) that got stuck in his hair, to listen to what else he was saying. It couldn't have been more original than what Haifa Wehbe had to say earlier anyway...

-Which brings us to Hayouf. Why was her hair hastily pulled back like that, with that parted line in the middle? Was she rushed on stage without preparation!? She also seemed a bit nervous during the small chat... not like our usually confident Haifa Wehbe.

-Still in this beauty duality issue... Michel Sakr was asked by Wiliam Sawaya: What is beauty? She answered a good temperament (nafsiyeh helwe), helping others and giving them good suggestions. She went on with a funny sentence; A person's external look gives him 'decoro'. Yep you heard right, that's the exact word she used, decoro :)

-The jury this year was dangerously lacking in connoisseurs from the Beauty and Fashion Industry. See Jury Members of Miss Lebanon for details.

Help us improve this page:   Correct or update the Rahaf Abdallah page