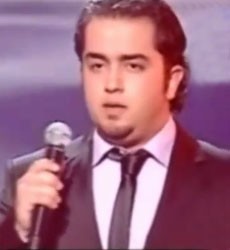 Radwan Sadek is a Lebanese singer.

Radwan Sadek was dubbed Shahrour, and is known for his choice of a folkloric repertoire.

Radwan Sadek is currently working on a new song which will be composed by Ghassan Rahbani.

Help us improve this page:   Correct or update the Radwan Sadek page