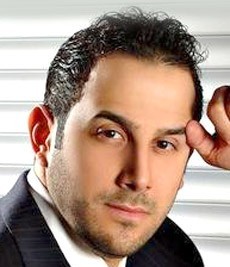 Qusai Khouli was born on the 30th of March 1976, however his birth certificate was registered with the date of the 1st of April 1976. He was born in the Province of Tartous, a coastal city near the border with Lebanon. He is the eldest brother in a family of 4 sisters. His father is, Adeeb Khouli, a known writer and an editor of Teshreen Newspaper (October Newspaper). His father was also the head of the Syrian Revolution Newspaper (Al Thawra Newspaper).

Qusai studied law for two years at Beirut Arab University; Then joined the Higher Institute of Dramatic Arts in Syria where he studied acting and theater.

In 1999, He graduated and obtained his membership in the Association artists.

Qusai Khouli is still Single, you can find his stats below:

Help us improve this page:   Correct or update the Qusai Khouli page