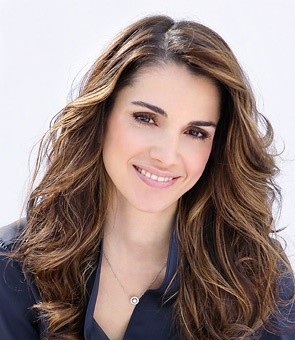 Queen Rania Al-Yassin was born in Kuwait on the 31st of August 1970. Her family moved to live in Jordan after Saddam Hussein invaded Kuwait in 1990.

In the year 1999 King Hussein of Jordan announced that his son Abdullah will succeed him as king. This in turn made Rania the world's youngest living queen at the age of 29.

Currently Rania is raising the next generation of royals. She is the mother of four children Hussein, Iman, Salma and Hashem.