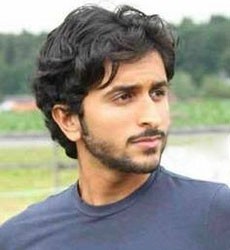 Prince Nasser Al Khalifa is known for his horseback riding skills as well as for his interest in Arts.