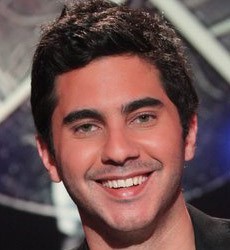 Pierre Rabbat was born on 07 April 1983. He started by hosting with other young colleagues Rotana Cafe a youth oriented live show on Rotana TV. It was shot in Studio Vision, what was left of Murr Television - MTV Lebanon. When the latter reopened, he became part of the staff an started presenting similar shows.

In 2011, Pierre Rabbat hosted his own show called "Men El Ekhir" a Lebanese adaptation of the French program “On a tout essayé” (We tried it all) presented by the eccentric gay host Laurent Ruquier on France 2, on which Peri Cochin was a regular host.

Help us improve this page:   Correct or update the Pierre Rabbat page