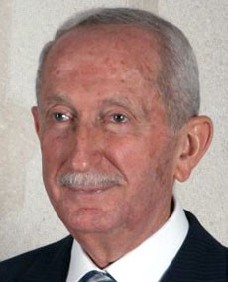 Omar Karami is a Lebanese politician from Tripoli and a former Prime Minister of Lebanon.

His full name is Omar Abdul Hamid Karami, He was born on the 7th of September 1934.

On the 24th of December 1990, Omar Karami became a Prime Minister for the first time, right after Selim Al Hoss resigned from his seat under pressure of the conditions in Lebanon. Omar took over until the 13th of May 1992, He resigned after major protests, at a time when the Lebanese currency was going down.

On the 21st of October 2004, Omar Karami became a Prime Minister of Lebannon for the second time, he stayed in power until he resigned on the 28th of February 2005, after the murder of prime minister Rafik Hariri.

Help us improve this page:   Correct or update the Omar Karami page