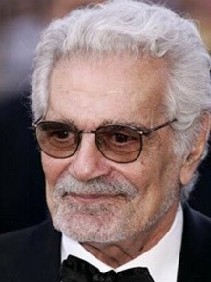 Omar Al Sherif also known as Omar El Sherif is a famous international actor who was born in Alexandria, Egypt on the 15th of February 1931.

Omar was discovered by Youssef Shahin who directed movies specially tailored for El-
Sherif such as Sera3 Fi El Wadi.

Omar El Sherif was married to famous Egyptian actress, Faten Hamama, the couple had a son named Tarek. The great couple starred in movies such as Nahr Al Hob and Sayedat Al Qasr. However after Omar countless successes as an International actor, the couple divorced.

Omar El Sherif got an Oscar award nomination for his supporting role in the epic movie The Lawrence Of Arabia.

In the mid nineties, Omar El Sherif moved back to Egypt, where he spends most of his time between Cairo and Alexandria.

In the year 2008, she starred in the comedy movie Hassan wa Morkoss opposite Egyptian comedian star Adel Emam.


In 2011, Omar el Sherif was one of the few Egyptian celebrities to have publicly supported early on the people's revolution against Hosni Mubarak's regime.

Help us improve this page:   Correct or update the Omar El Sharif page