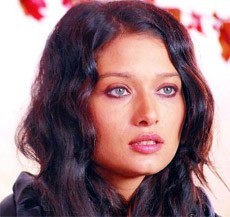 Nurgul Yesilcay also known as Nurgül Yeşilçay is a turkish actress who was born on the 26th of March 1976 in the city of Afyon, Turkey.

Nurgul Yesilcay studied drama at the State Conservatoire of Anadolu University in Eskişehir, she soon started her acting career in theater and on stage in turkey. He best performances on stage was the role of Ophelia in Hamlet and the role of Blanche DuBois in A Streetcar Named Desire.

Nurgul Yesilcay won the title of The Best Actress during the Antalya Golden Orange Film Festival during its 45th anniversary.

Help us improve this page:   Correct or update the Nurgul Yesilcay page