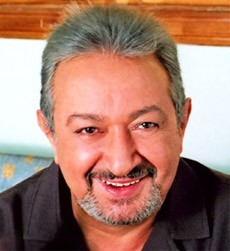 Nour El Sherif is a famous Egyptian actor, who was born on the 28th of April 1946 in the neighbourhood of Al Saieda Zainab in Cairo. His real name is Mohamad Jeber Hairan Arab.

In the year 1972, Nour got married to Poussi an Egyptian actress, together they filmed a number of romantic movies in the 70s and 80s. In the year 2006, the couple got divorced. They had two daughters, Sarah and Mai El Sherif.

In 2008, he took the role of Awadain in the movie Laylat El-Baby Doll.

In 2009 he appeared in the Television series Matkhafoush.

Help us improve this page:   Correct or update the Nour El Sherif page