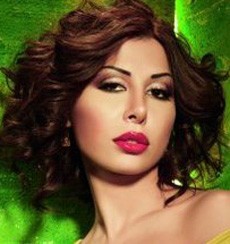 Nivine Nasr was born in Lebanon from a family who used to live in Mansoura, Egypt.

Nivine Nasr started her career in modeling, then later decided to venture into the music industry.

Nivine Nasr applied to Studio El Fan, but got rejected because she was underage. A few years later, she applied to the music Tv Talent show Kas El Nojom and won the Latifa Award.

Nivine's style in music seems to find its inspiration from that of Najwa Karam, especially in her single “Yo2bosh”. This song in particular was problematic because the lyrics, in an Arabic slang, were deemed too vulgar and cheap.


Help us improve this page:   Correct or update the Nivine Nasr page