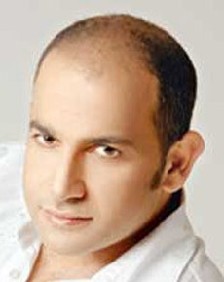 His agency has provided models to a large number of Media outlets: Nidal Bcherrawi Models take part in most Videoclips, Magazine Ads, Television Ads and Programs in Lebanon and the Arab World.

The late Syrian model Samer Elias also worked with Nidal for 3 years, during which he appeared in several advertisements in the Gulf and Lebanon.

Some of the famous female models who worked with Nidal include: Hoda Fadel and Nancy Afiouni.

Former Lebanese model and beauty queen Lamitta Franjieh also worked with Nidal for a few years until 2005. Two years later, she was caught up in a scandal in Paris with Elie Nahhas. Frangieh denied ties to the call-girls scandal in Cannes and decided to stop modeling. She currently works as a journalist in an Arabic magazine in Dubai.

Nahhas on the other hand accused Nidal of giving out information about him and decided to sue Bcherawi. Nidal in-turn filed another law suit against Elie for Defamation while he was in an interview with Tony Khalifeh on his TV program Lel Nasher.

During the International Day for Journalism, Nidal Bsherrawi gave an award to the Dean of the Lebanese Press Mohammad Al Baalbaki. The non-political print head Elias Aoun received the award on-behalf of Al Baalbaki. The event took place in Square Cafe in Zalka, a venue which he owns with his wife.

Another tough competitor in the modelling business is Nathalie Fadlallah.

Help us improve this page:   Correct or update the Nidal Bcherrawi page