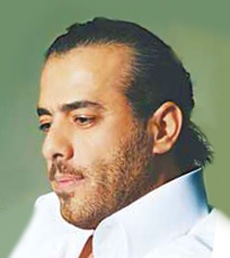 Nicolas Saade Nakhle is a Lebanese musician, singer and businessman. He was born on the 24th of June 1967 in Ain Zhalta in the Chouf District in Lebanon.

Nicolas Saade Nakhle studied music at the University of the Holy Spirit, Kaslik. He was the leader of a band before he started composing great songs for many artists, including:

Tol Manta Ghayeb (As long as you are away) for Soubhi Toufic.

Allah Maa (God be with her) for Abbas Ibharim.

In 2006, Nicola was awarded as the Best composer at the Murex D'or Awards


Help us improve this page:   Correct or update the Nicolas Saade Nakhle page