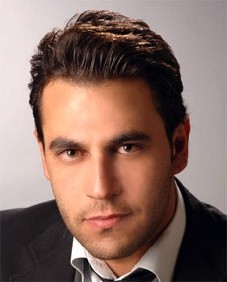 Nicolas Mouawad is a Lebanese Television host and actor.

Nicolas Mouawad was born on the 22nd of February 1979. He studied Dramatic Art and graduated in 2002 from the Fine Arts Institute of the Lebanese University. He also studied Civil Engineering.

After his great success as an anchorman (and the attention he got from the female viewers), Nicolas was showered with acting offers both for TV series and cinema. The activ young man soon added to his long CV the titles of theater actor, director and even producer!

For a short while Nicolas Mouawad dated Rita Hayek.

Help us improve this page:   Correct or update the Nicolas Mouawad page