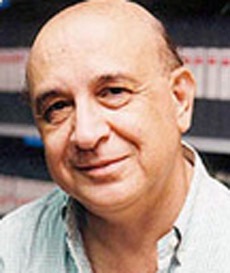 Nicola Abu Samah is the founder and owner of Lebanese production company Filmali. He is also a director and a producer.

Abou Samah has produced a set of the most important Cartoon series dubbed into Arabic like Sindbad, Treasure Island, Zina and Nahoul, Remi, Sasouki and Al Sanafer (The Smurfs).

In another Era namely the late eighties it is said that he was the leader in dubbing into the Arabic language the first Mexican Television serials.

Nicola Abu had along with his wide Mary Bidin owned and operated the TV station "Antenne Plus" in Lebanon, which was shut down after the enactment of the media protocols in Lebanon in the mid-nineties.

As a director, some of Nicola Abu Samah's works include:

Help us improve this page:   Correct or update the Nicolas Abou Samah page