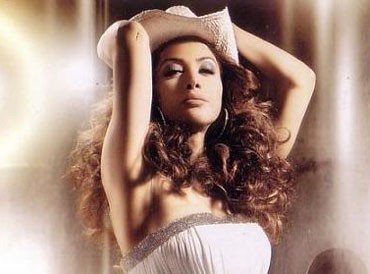 
Early this year, it was announced that Nawal Zoghby 2006 album will be in the market early in the spring. It was with great passion and anticipation that thousands of Nawal fans around the world waited desperately to listen to her new work.

To break the anticipation and give her fans a taste of the new awaited work, Nawal released Rohi Ya Rohi in summer 2005, a hit single, which she followed with a rather weakly produced videoclip.

During February 2006, another hit single was released, Shou Akhbarak, this single was a big hit and so was the videoclip which was directed by Randa El Alam.

The month of May passed, then came June and it was time to release the new album, but due to some unexpected delays, the launching date was set to 17th of July by Alam El Phan the production company of Nawal El Zoghby.

War broke out in Lebanon on 12 july 2006, the night Nawal launched her Yama Alo Videoclip on Mazika, soon it was announced that the new album will not be launched due to the bad conditions that Lebanon was facing.

Two weeks of war in Lebanon was the waiting time. All of a sudden without any notice, All we knew is that the new album is out in the market, and across the web.

I was surprised to see the album cover of Nawal New CD on some Arabian websites which host illegal MP3 in Kuwait, Dubai and Jordan.

I tried to check Alam El Phan to see if the album was officially released, to my surprise the website (AlamElPhan.com) was showing a blank page. I tried to log to the site for almost 5 days and the site shows nothing. Till the time, I am writing this article, the site is still offline.

( this part of the article is updated on 16 August 2006 in regards to AlamElPhan.com website, the site is back online after being offline in north america for almost 2 weeks. A banner on the main page displays the message about Nawal Album Soon in Stores....)

Many Illegal MP3 website have put on its websites, very high 192bit CD quality MP3 version of the whole CD.

We are at a time when it is quite impossible to run an advertising campaign for the new album, such as on billboards in Beirut and across Lebanon, due to the critical conditions.

I find it quite intriguing to advice everyone who loves Nawal, and care for her work, to do two things.

First contribute in her Help Lebanon Campaign, and help spread the word around the donations that you can do to support Lebanon.
For more information please read the special article which I have put about this.

Second try to get hold of the original CD and actually BUY it.
It is a good idea to listen to low quality internet streaming of the new album, to get a idea about the great work. But still, try to report any MP3 illegal hosting of the songs.

Yama Alou album includes songs that are sung by Nawal El Zoghby in the Egyptian, Lebanese and Gulf Accents.

Full and up-to-date information on Nawal, Biography, Albums, Discography, Live Music, News, and Photos can be found on: www.NawalElZoghby.com online since 1997