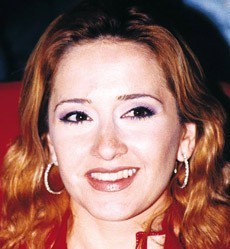 Nathalie Naoum is a Lebanese actress and producer.

Nathalie Naoum is also a producer with her husband. She plans, among many other things, LOL the fun program on Orange Television - OTV that launched the career of Arze Chidiac.

Help us improve this page:   Correct or update the Nathalie Naoum page