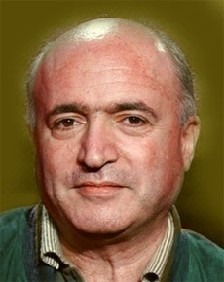 In November 2011, Nasser Kandil launched Top News, a news service agency that distributes information through mobile phones to subscribers. It is an Independent Arabic network, with the resistance movement at heart, that will be operated by volunteer reporters stationed on the field wherever the action is. It was in a way inspired by the Arab Revolutions. Other prominent journalists, such as Montazer Al Zaidi, will help govern the overall procedure as well as the authentication of the news submitted to the network.

Background
Nasser Kandil was born on the 24th of November 1958 in the town of Tower Qallawiyah near the city of Tyre in southern Lebanon. Kandil is married Nawal Kobeissi and has three children. His brother is Ghaleb Qandil, the President of the Council of the National Information.

Political Life
Nasser Kandil was elected as the deputy of the President of Parliament in 1995, then elected as deputy in 2000 on the list of former prime minister Rafic Hariri and joining his parliamentary bloc, where he remained in spite of the contradictions in his positions and the positions of Prime Minister Hariri, who told him late last year that has no place in the electoral list. It has been reported that he had run in the south on the list of Nabih Berri, however the repercussions of the assassination of Rafic El Hariri led him not withdraw from the elections.

Nasser had a consensus of both supporters and opponents. He is known for being an eloquent speaker, and possess a logic in his speech, even when defending lost cases.

Help us improve this page:   Correct or update the Nasser Kandil page