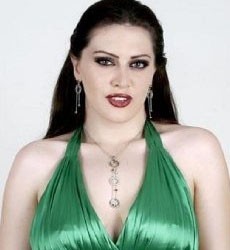 Najwa Ka3ka3 is the real name of Nana singer.

Najwa became famous after singing the song Killon Baddoun Nana. Following the release of the clip, there was a controversial video which got released on the web of her with her friend.

Help us improve this page:   Correct or update the Najwa Ka3ka3 page