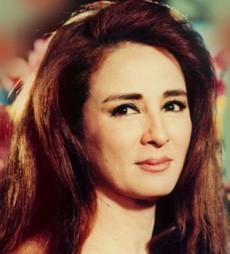 Najlaa Fathi was born on the 21st of December 1951 in Egypt. She is married to media personality Hamdi Kandil.


In 1978 She played the role of Sarah in Iskanderija... lih? a classic movie directed by Youssef Chahine. In 1989, Najlaa Fathi played a memorable role in the movie Ahlaam Hend we Kamilia.

In the year 2003, Najlaa Fathi has decided to stop her acting career. She said to the media that the time has come for her to stop. She wanted to quit acting leaving behind only beautiful memories. As a result of her decision she has canceled agreements with movies and television series. After that she sent apologizes to producers and directors.

The last role Najlaa Fathi played was in the Arabic movie Batal Mina Al Janoub which means (A Hero from the South). The movie was directed by Mohammad Ab Yousif and was filmed in Lebanon. She played the role of a mother to a son who traveled to fight in the south. The movie also starred Lebanese actress Carmen Lebbos.

Najlaa received many awards throughout her career. Including an award from the Rotary club for best Arab actress for the year 2002.

Najlaa is currently living a peaceful and quiet life, aside from an incident where she was forced to go to the police station and file a complaint against a doctor who is her next door neighbor. He deliberately parked his car close to hers making it impossible for her to move.


In the year 2004, scenarist Mohammad Al Basousi convinced Najlaa to return to the acting world by taking part TV series "Al Malaika Yehboun Aydan" (Angels Love Too). Najla played the role of a surgeon at a Children hospital.

In addition to that role, She was nominated for the leading role in the movie "Lao Kont Yom Ansak" (If I Were To Forget You One Day) a story written by Dr. Mohammad Rifaat. In the movie Najlaa played the role of a woman in her mid40s who falls in love with a man in his twenties played by Egyptian male actor Fathi Abdul Wahab.

Following the protests which took place in Egypt in January and Febraury of 2011 and after the fall of Hosni Mubarak Government. Najlaa Fathi arrived to Al-Tahrir Square and gave her statement that she has called like others for a new government. On that note Fathi also said that she is willing to return to acting in a Television series in which she plays the role of the mother of Khaled Saeed, a key person who died during the protests which erupted on the 25th of January 2011.

Help us improve this page:   Correct or update the Najlaa Fathi page