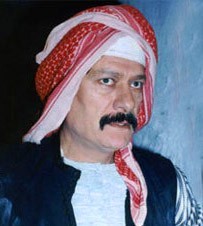 Naji Jaber, better known for his television name Abou Antar or Abu 3antar is a renowned Syrian actor. Naji Jaber was born in Shahba, al-Swaidaa, Syria in the year 1945. He passed away on the 30th of March 2009 after a long fight with illness at the age of 64, he was laid to rest on Tuesday at 12:30 pm in Damascus, Syria.

In the year 1972 Naji Jaber joined the Syrian Artists Union.

The artistic and cultural circles have lost the Naji Jaber known as (Abu Antar). He died on Monday morning after a protracted struggle with illness.