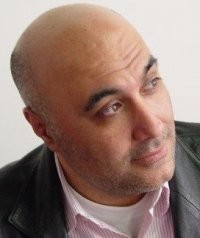 Naim Halawi is a Lebanese comedian.

Naim Halawi's career started in the famous comedy show on Murr Television - MTV Lebanon called S.L.Chi, alongside Nathalie Naoum, Fadi Reaidi, Adel Karam, and Roula Chamieh. Though he did not have any particular skills or charisma, this golden opportunity placed him for many years on prime time television making him popular.

Naim Halawy joined the team of La Youmal on Future TV in 2003 and continues to be an integral part of the group. One of the most memorable characters played by Naim in the show is singer Fawzi Bou Lawzi.

Help us improve this page:   Correct or update the Naim Halawi page