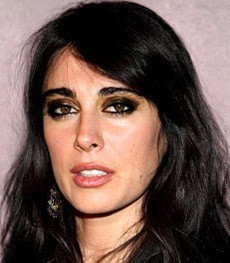 Nadine Labaki is a Lebanese Director and Actress who first appeared in Studio El Fan in the early 1990's. Nadine Labaky participated in the program under the directing category.

Nadine directed a videoclip for an amateur song entitled Habeebi Ya by a singer called Carla. Carla is currently a presenter in Rotana music channel in the Rotana Café Entertainment Program.

Later on, she did another two videos for Noura Rahal -- But these videos didn't draw much attention to Nadine the way her follow up one did with Katia Harb, and the song Ma Fina. Therefore, Ma Fina music video is officially considered as her first music video experience for Nadine.

Though the fact that Nadine has done Ma Fina before, her true groundbreaker was Nancy Ajram's video, Akhasmak Ah. The video took the story of Nancy as the waitress of a traditional Egyptian coffee shop. Where her work is to serve and entertain male customers. The video raised controversy, but Nadine justified her use of this character as one powerful yet attractive female figure.

Nadine has had huge successes later on with Nancy in specific, in videos like "Ya Salam" that portrays the life of a sad star, "Lawn Ouyounak" a magical wedding, and "Inta Eih" a heart-breaking drama in which she was able to show us a great acting ability in Nancy. Those 3 videos have won several awards and touched all people's hearts. Nadine is known for a unique style and imagination, and her works are known to enter people's hearts with their everyday-life stories.

Nadine's sister, Caroline Labaki, used to be the usual executive producer of her videos. But after the huge surfacing Nadine had, Caroline decided to pursue her own independent music video directing career. Nadine's on a good relationship with her sister, and no feuds or huge competition is going on between them. Since Caroline does videos for less-known artist but still in a good stylish form.

Both Nadine and Caroline stated that their passion for visual productions and directing is somehow derived from their uncle (mother's brother). They described the way he used to describe his directing thoughts like he just saw them in front of his eyes. Therefore, Nadine got a huge influence which led her to be one of the best directors nowadays.

Movies & TV Series where Nadine Labaki Appeared as an Actress

Help us improve this page:   Correct or update the Nadine Labaki page