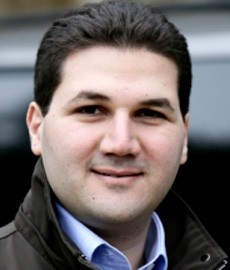 Nadim Gemayel is a Lebanese politician and a leading member of Al Kataeb political party.

His full name is Nadim Bashir Gemayel. He was born on the 1st of May 1982.

In the year 1936, The Kataeb Party was founded by his grandfather Pierre Gemayel.

Nadim Gemayel is a young leader who aims for freedom especially during the Cedar Revolution in 2005 which lead the syrian occupation out of Lebanon.

Help us improve this page:   Correct or update the Nadim Gemayel page