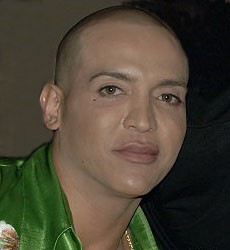 Mosbah Baalbaki moved from his hometown Sidon in the South of Lebanon to the capital Beirut at the age of 20, to study at the Lebanese American University. Dancing was just a hobby as his conservative parents warned him as a kid that belly dancing was not for men. After graduating in communication arts with a specialization in radio, film and television, he temporarily flew to Dubai, where he worked briefly for Dubai Television, before moving back to Beirut. Michel spotted him dancing at a nightclub and invited him to perform at Amor Y Libertad, a club he ran at the time. Mosbah went on to sign a contract with Elef Records.

Mousbah belly dancer was so popular around 2000-2005, he was interviewed by CNN, BBC and The New York Times. He was also nominated by the French magazine L’Express as one of the 100 Lebanese personalities to follow in 2001 .

Mosbah did not receive professional training in dancing, he is self thought and grew up dancing in front of the mirror like the female belly dancers he would watch in old Egyptian films.

Help us improve this page:   Correct or update the Mosbah Baalbaki page