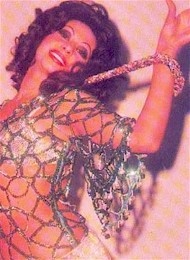 Mona Ibrahim Wafa began a professional dancing for 13 years of age, but was forced to flee their conservative father in Lebanon. After returning to Cairo in 1975, he rose quickly among the stars. Mona el-Said dance style can be described as intensive and more nuanced.

Help us improve this page:   Correct or update the Mona el Said page