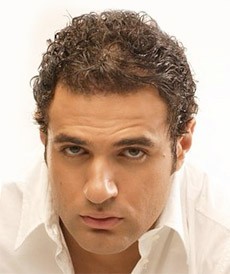 Mohammad Nour also known as Mohamad Noor is a famous Egyptian handsome singer who was born on the 18th of January 1992 in Cairo, Egypt.

Mohammad Nour good looks and fit body made him famous among girl fans around the world.

In addition to his looks, Mohammad Nour is very passionate when it comes to singing. He is a true talented artist who sings love and romantic ballad songs mostly.

Mohammad Nour started as one of the founders of WAMA Music Band Boys Group.

He took role in international concerts when he was very young. He sang with great singers such as Rachid Taha and Cheb Khaled.

Mohamed Abdel Wahab from the arab world and Michael Bolton from the international world are his best singers.

Mohammad Nour has a wonderful and romantic personality, his first two albums were a big hit among fans.

Help us improve this page:   Correct or update the Mohammad Nour page