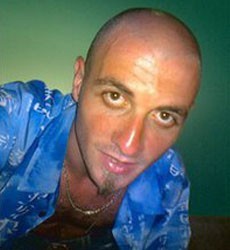 Mohammad Nabbous was a Libyan internet activist and blogger.

Mohammad Nabbous (Mohammed Nabbous) was born on 27 February 1983, and was killed on 19 March 2011 by a sniper from Muammar Al Gaddafi forces.

Referred to as the face of Libyan citizen journalism, his statement "I'm not afraid of death, but I'm afraid of losing the battle" made it around the world. Known as "Mo", Mohammad Nabbous set up Libya al-Hurra TV, which broadcasted raw feeds and commentary from Benghazi, on Livestream. It was the first private television station established in territory controlled by the National Transitional Council. His self-given mission was to get the news about what's happening in Libya out to the world. He extensively covered the Libya Protests, as well as the later more violent confrontations between the government forces and the rebels in Benghazi.

His death came only a week after the shooting of Al Jazeera TV cameraman Ali Hassan Al Jaber in an ambush outside Benghazi.

Mohammad Nabbous had graduated from Garyounis University, with a Degree in Mathematics and Computing. He had also completed his education in Network and Computing, including postgraduate studies, in Benghazi, Libya.

Help us improve this page:   Correct or update the Mohammad Nabbous page