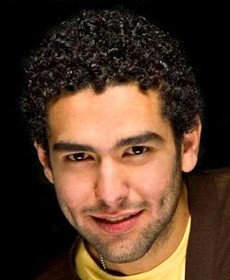 Mohamed Kelany aka Mohamad Kilani or Mohamed Kilany is an Egyptian singer.

Mohamed Kilani was born on the 6th of June 1983 in Cario, Egypt.

Kilani graduated from 6-October University of Modern Science and Arts in Egypt.

His talent started at the age of six when he used to perform on stage in school. As he grew he studied higher levels of singing at the Opera. Soon he started singing in Events around Cairo, while studying vocals and music.

His first television appearance as a singer was along side Mahmoud El Esseily and Mai Saleem in the made-for-tourism song Akid Fee Misr.

Mohamed Kelany worked with Videoclip Director, Ahmed Mahdi, who recognized his talents and decided to help him in his way to stardom.
Ahmed Mahdi produced and directed Kelanys debut album and videoclips.

Mohamed Kelani also worked on the Egyptian Ministry of Tourism song, Edeko Fee Edayna, which made a big success and earned him additional fame.

His debut song was entitled Tegheeb Tani, which reached number one on the radio charts in Egypt.

Help us improve this page:   Correct or update the Mohamed Kilani page