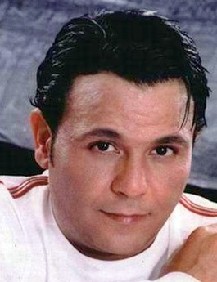 Mohamed Fouad also known as Mouhammad Fouad is a famous Egyptian singer, actor and songwriter. His full and real name is Mohamad Fouad Abd El Hamid Hassan. He was born on the 20th of December 1961 in Cairo, Egypt.

Mohamed Fouad was raised with his 5 brothers and 3 sisters in Helwan.

He rose to stardom in the 80s after releasing his debut album Habeina.

When he was a kid, Mohamed Fouad enjoyed listening to legend singers such as Abdel Halim Hafez, Farid El Atrache, Mohammed Abdel Wahab and Um Kulthum.

He started his music road by taking part in singing and acting school competitions.

Help us improve this page:   Correct or update the Mohamed Fouad page