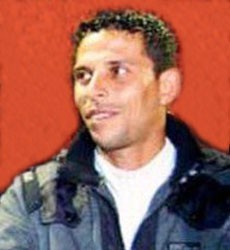 Mohamed Bouazizi is considered as the Tunisian national hero who ignited the Tunisian revolution in January of 2011, which toppled the corrupt regime of former Tunisian president Zine El Abidine Ben Ali backed by the west.

Because of the high unemployment rates and the continuous financial crisis in the country due to corruption, he was forced to quit school in his early teens in order to work full-time and support his family. The City's local authorities would regularly harass him and confiscate his small wheelbarrow of produce. He applied to join the army, but was refused, and applied for many other jobs but was also rejected. The climax was reached in December 17, 2010, when the police tried to extort money from him to let him carry on with his street vending. That day, Mohamed Bouazizi was publicly humiliated when Feyda Hamdi, a woman municipal official,humiliated him by slapping him in the face, spitting at him, and confiscating his electronic weighing scales, tossing aside his fruit and vegetable cart, and assisted her two colleagues in beating him.

After he was rebuffed by the local Governor who refused to listen to his complaints, Mohamed Bouazizi doused himself in front of a local government building with two bottles of paint thinner, before setting himself alight in protestation and desperation. He was transferred to different hospitals before passing away on January 4th 2011 in Ben Arous, eighteen days after the immolation.


Mohamed Bouazizi then became a symbol to an already flamable situation in Tunisia, supposedly triggering protests which ultimately led to the downfall of President Ben Ali.

Help us improve this page:   Correct or update the Mohamed Bouazizi page