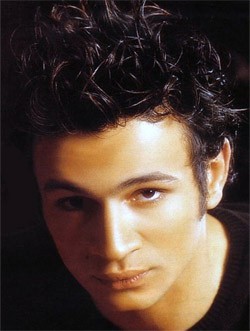 The last prime of Star Academy first season on LBC ended with a lot of tension. The winner was announced.

The last 2 students left were Bashar El Shatti from Kuwait and Mohamed Attiah from Egypt. Mohamed Attiyah was announced as the first arab Star Academy.

Mohamed Atieh had some problems with LBC and his contract after star academy ended because he claimed that LBC did not promote him as a Star.

Mohamed was featured as a Movie Star later in the 2005 in one Egyptain Movie.

Mohamed Atiyeh had two of his songs shot as a videoclip. Ana El Habib was not much of a success because everyone found out that the idea of the videoclip was an imitation of an old video for Backstreet Boys.

Mohamed also was seen in a new video from his Egyptain Movie.

Help us improve this page:   Correct or update the Mohamad Attieh page